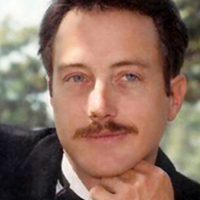 Richard J. McKenzie was born in Los Angeles and grew up in the San Francisco Bay Area, receiving his B. A. in Political Science from San Jose State University in 1979. When he reached middle age he began volunteering at his daughter’s elementary school, where he ran the computer lab, tutored students, ran a popular workshop for Literacy Night, shelved books in the library, and served as President of the Home and School Partnership. Through his volunteer experience, Richard feels that he ended up learning more than the children did.

The author of Poems from the Playground and Other Places, a collection of rhyming poetry for kids of all ages, Richard aims to follow in the footsteps of Dr. Seuss and Shel Silverstein. For those who feel they have out-grown those two authors, Richard’s poems also contain serious real-world topics to complement the lighthearted fun. Richard hopes his poetry will inspire others to put themselves out there and take chances. He believes that sharing our experiences, hopes, and dreams will educate and enrich us all.

Author:
Poems from the Playground and Other Places