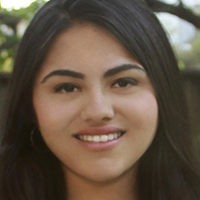 The Price of Being Ashley Rich, and Aashka Pandya’s interest in writing, began one afternoon when she and her friends wrote a story out of boredom. Their story was about six girls: Thalia, Ashley, Alexa, Jenny, Lily, and Analise, or “TAAGLA,” as they called it. This simple story turned into a series of skits that Aashka, her friends, and their sisters performed for their parents. One skit was about the wealthy character Ashley’s sudden loss of her fortune. This particular skit remained close to Aashka’s heart, and when she started taking classes at Lekha in 2010, she knew exactly what she wanted to write about.

Aashka’s passion for writing grew during her years as a Lekha student. She continued to work on the story about Ashley, and her story and its characters grew up along with her, developing into something more mature than the simple skit she had written with her friends.

Aashka currently lives in Fremont, California with her parents and little sister and attends Mission San Jose High School. In addition to being a writer, she has also been very involved in theater and dance. Aashka did Kathak, an Indian classical dance, for about nine years. She has also participated in four school stage productions so far, her favorite being “Alice in Wonderland,” in which she was the stage manager and played the Queen of Hearts. Aashka also loves to make movies, and has written, directed, and edited several films with her friends and for her drama class.

Author:
The Price of Being Ashley Rich